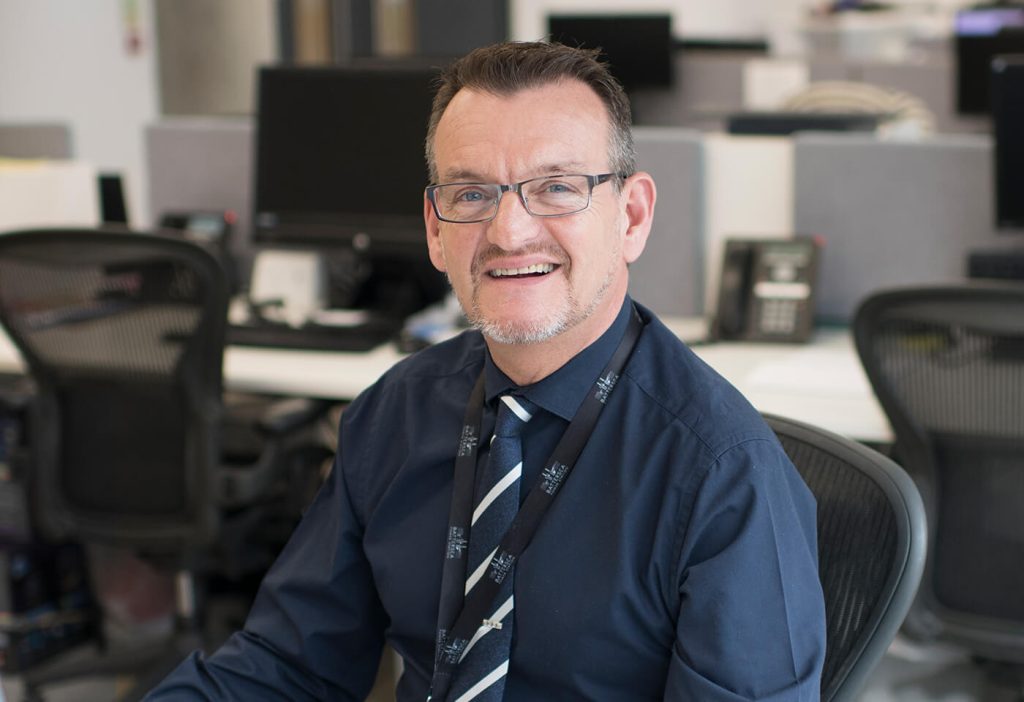 WHAT DID YOU DO BEFORE STARTING YOUR CURRENT ROLE?

Before I started my current role at Battersea Power Station I was self-employed as a property landlord, based up in Cheshire. I had been in the role for about 10 years.

WHAT MADE YOU APPLY FOR YOUR ROLE?

I was excited to come to Battersea because I used to see the Power Station in the 1980s when I lived in London before. I always thought it was an iconic building and when I heard that it was being redeveloped I wanted to try and be a part of it, so I applied.

OUTLINE THE APPLICATION PROCESS THAT YOU WENT THROUGH

The Aftercare Manager job description was very good and I felt that it fitted me perfectly, so I made an application via the BASE website, had a screening interview followed by a full interview, and within three days I was employed!

WHAT 3 WORDS WOULD YOU USE TO DESCRIBE YOUR ROLE?

DO YOU SEE YOUR CAREER DEVELOPING AT BPS?

I see myself developing here because the opportunity is huge. I imagine in a couple of years’ time if I want to move on from what i’m doing, as the development phases are released I will be able to slot myself into different roles.

WOULD YOU RECOMMEND BASE TO OTHER JOBSEEKERS?

Although I was self-employed I decided I would job hunt, but found it difficult because I was a little bit older and had been out of the workplace for a while. I found the BASE application process quite simple in comparison, and I would recommend anybody that’s looking for work to apply through the BASE website.

Join our Talent Pool, so we can match your skills with exceptional careers.

If you are passionate about customer service and you would be proud to work at Battersea Power Station please sign up today.